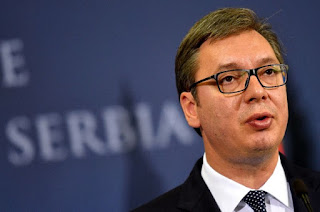 Serbians are finally rising up against President Aleksandar Vucic’s regime. For the last five months, massive protests against his reign, and especially the use of political violence against the opposition, have taken place in the capital Belgrade and across the country.

Serbia’s road towards illiberalism is nothing new. Articles about the celebration of the country’s early 2016 parliamentary and 2017 presidential elections have shown how Serbia’s democracy is progressively deteriorating, and how Vucic’s change from prime minister (more powerful) to president (more figurative) could even lead to the collapse of democracy in Serbia.

While democracy might not have collapsed yet, one thing is certain after seven years of Vucic’s reign characterized by his party’s capture of institutions, media, and the public sector: Serbia is no longer a “defective democracy,” but rather a “competitive authoritarian” one.

Competitive Authoritarian Regimes
In competitive authoritarian regimes, formal democratic institutions are widely accepted as the main means of gaining and fulfilling political will. However, political actors and leaders break the rules so often that the regime fails to fulfill even the minimum democratic standards.
In these regimes, multiparty elections are held on a regular basis, but the rules of the game are not equal for all participants. The media are heavily controlled, public resources are misused, and voters suffer coercion, giving the ruling party an unfair advantage over the opposition.
Following what has been said, and in view of the events of the last four months, Serbia has clearly trespassed the threshold from illiberal democracy to competitive authoritarianism for more than one reason.

Frequent and Constant Threats of Snap Elections
Since the populist conservative Serbian Progressive Party (SNS) came to power in 2012, the country has witnessed early elections twice. Apart from 2014 and 2016 when elections were actually held, no year has passed without SNS continuously threatening to call early elections.
This happened in 2017 when early parliamentary elections were announced alongside presidential ones, and again in 2018 when legislative elections were announced alongside local elections in Belgrade. Even in 2019, SNS already mentioned the possibility of early elections in June.
All these early elections and constant threats of new ones, combined with the consequent suspension and abuse of all other legitimate instruments of indirect participation (such as public debates, petitions, and consultations), pose important limitations to citizen’s activism and their involvement in the decision-making process.
Oppressive Electoral Conditions
Moreover, all electoral campaigns have presented a rather deleterious picture. The government has made partial use of public media, and in many instances, government and party propaganda have become indistinguishable.
There are additional factors that negatively influence electoral conditions and make elections unequal and unfair, such as the use of negative campaigning, including unfounded accusations and personal attacks on political opponents.
On top of this, irregularities at election day (such as violations of ballot secrecy) are tolerated and financial means are used illegally, as publicly recognized, ranging from the consumption of (non-electorally related) public funds to the coercion of public employees.
The high levels of party patronage, coercion of employees, and people who are forced to vote for the ruling party if they do not want to lose their jobs are conspicuous.

Media Capture
The illegal and unfair use of media does not stop at electoral campaigning.
SNS does not only control state-owned media, where the ruling party appears disproportionately more often than the opposition, but is also in charge of several private tabloids that are continuously discrediting the opposition as well as any individual who dares to speak against the ruling party.
Afraid of the consequences derived from opposing Vucic, most national TV stations have become an SNS mouthpiece, broadcasting propaganda destined to discredit an opposition deprived of a voice.

SNS’ media voracity is so big that to increase its already strong grip and close the circle, the government has used the public telecommunications company to buy Kopernikus Corporation, the second most important cable operator in the country, which was already owned by a high SNS official. With that money, Kopernicus bought the remaining two national frequency TV stationsover which SNS could previously not exert any influence.

Verbal attacks on journalists and any independent media left occur daily, especially against those who investigate corruption scandals or unlawful actions. This goes far: at the end of last year, a local journalist was almost murdered in Belgrade.

Local think tanks and the European Union have repeatedly pointed out these oppressive media conditions, that are typical for competitive authoritarian regimes. Serbia has by far the worst media situation in all Balkans, according to Reporters without Borders.

Institutional Capture
Like it has often been the case in competitive authoritarian regimes, and notwithstanding the change to a less powerful office, Vucic remains not only the leader of the party in and of power, but is also the country’s strongest political figure. Vicuc is the one who is in charge, creates policies, and adopts final decisions.

Although constitutionally still the main legislative power, Serbia’s parliament has completely lost its role. There are almost no discussions during its sessions. One clear example is the approval of the 2019 budget, where the ruling party dragged on to waste time and prevent the opposition from even speaking up. Other state institutions, including the Ombudsman Office and the Anti-Corruption agency, have also witnessed consistent obstructions from the SNS-subordinated government.

As pointed out by several reports by the European Commission and other international organizations, both the rule of law and judicial independence have become very deficient in Serbia.

Political Polarization
Political polarization, including violence, is also on the rise. The attempted murder of oppositional Coalition for Serbia leader Borko Stefanovic during a political debate in November and, especially, opposition leader Oliver Ivanović’s murder in January 2018 were the straws that broke the camel’s back.
It led to constant massive protests all over the country against the government in general and Vucic in particular. The opposition has started to boycott parliamentary sessions, and the idea to extend this boycott to the next parliamentary elections, either later this year or in 2020, is already on the table.

The biggest tragedy of all is that, like in other Central European countries, democratic backsliding in Serbia is taking place under the eyes of the international community.
Due to his cooperation in the Kosovar conflict, Vucic has continuously received support from the West, helping him to create what some have already dubbed a “stabilitocracy.” However, if the United States, and especially the E.U., want to keep any credibility in the region and beyond, they should keep their eyes open and react before it is too late and Serbia turns into another Hungary.

Over 160 thousand men and women are using a easy and secret "water hack" to drop 1-2lbs each and every night while they sleep.

It is easy and it works all the time.

This is how to do it yourself:

1) Hold a glass and fill it up half full

2) And then learn this weight loss HACK

so you'll become 1-2lbs thinner as soon as tomorrow! 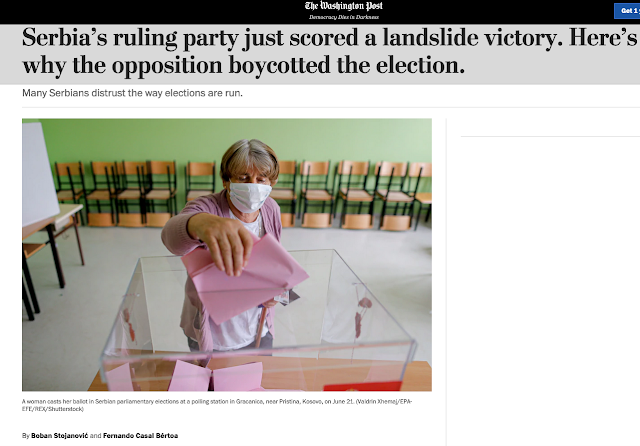